It is estimated that one in three women, one in four girls, one in six boys, and one in eleven men will be victims of sexual assault at least once in their lifetimes.

The California Department of Justice, Office of Attorney General will address any questions regarding the petition process. For more information about Senate Bill 384 (SB 384) , please refer to their website at: https://oag.ca.gov/sex-offender-reg 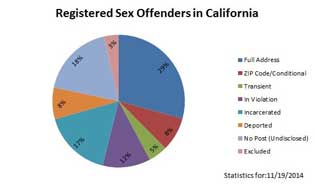 The SAFE Task Force is a community resource. If you have a concern about any individual or any suspicious behavior contact us by phone at 408-808-4300 or email at [email protected].