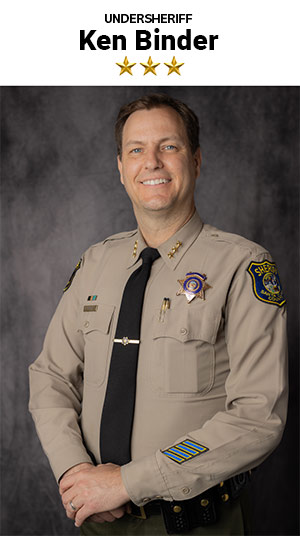 As a Lieutenant, Undersheriff Binder held positions as the Academy Director for the Sheriff’s Office Basic Police Academy and as a Patrol Watch Commander.

In November of 2020, Undersheriff Binder was promoted to Acting Undersheriff and began overseeing all daily operations of the Sheriff’s Office while reporting directly to the Sheriff.

Undersheriff Binder holds a Master of Arts in Criminal Justice from Arizona State University, a Bachelor of Science in Business Administration with a concentration in Finance from San Jose State University, and is a graduate of the FBI National Academy, Class 248.​

In his spare time, Undersheriff Binder enjoys spending time with his family and participating in outdoor activities. 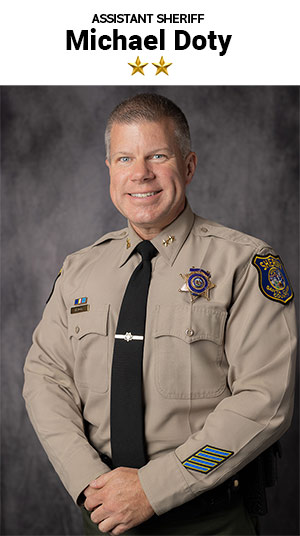 Assistant Sheriff Michael Doty is a native of San Jose, California. He started his law enforcement career with the Santa Clara County Sheriff’s Office in 1994 as a Reserve Deputy Sheriff. After building a foundation of community service and a passion for teaching, he ultimately joined the ranks of the Sheriff’s Office as a regular Deputy Sheriff. He brings 25 years of Law Enforcement experience to the County of Santa Clara.

Assistant Sheriff Doty has had leadership oversight or been directly assigned to all major divisions within the Sheriff’s Office during his career. He has promoted through the supervisory and management ranks with special emphasis and accomplishments in the areas of Criminal and Crime Scene Investigations, Forensic Pathology Investigations, Human Resources, Hiring and Recruitment, In-Service and Academy Training and Office of Emergency Services Incident Command.

Assistant Sheriff Doty was instrumental in major enhancements and modern development of the Sheriff’s Office Training Division, which includes the initial certification and leadership of the POST Basic Police Academy at the Justice Training Center, the land acquisition and renovation of the Richey Training Facility and the design and fiscal approval for a Regional Emergency Vehicle Operations Center.

Assistant Sheriff Doty attended the FBI National Academy in Quantico Virginia and graduated from Class 273.​ He has three children, Alexis, Miranda and Jayden and while off duty, he enjoys a wide variety of outdoor activities such as attending and hosting classic car shows, boating, motorcycle riding, and traveling. 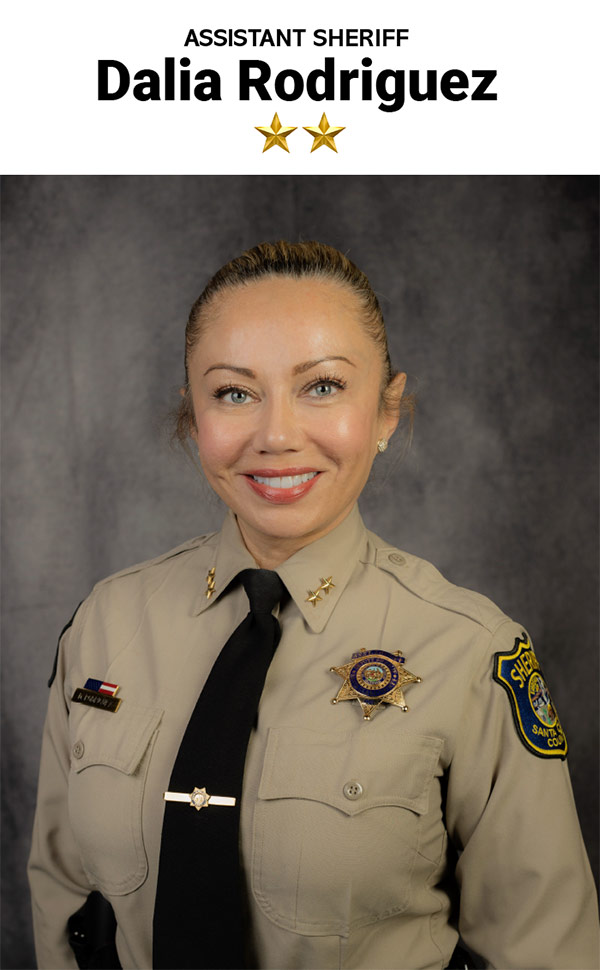 Assistant Sheriff Dalia Rodriguez emigrated from El Salvador in early 1980's and became a US citizen in 1997. She has a BA in Political Science from San Jose State University and numerous courses in Public Administration. AS Rodriguez has over 23 years of law enforcement experience.

In December of 2020, Assistant Sheriff Rodriguez was promoted to her current rank and was assigned to oversee the Support Services Bureau which includes, Court Security, Stanford University, Personnel, Training, and Valley Medical Center. 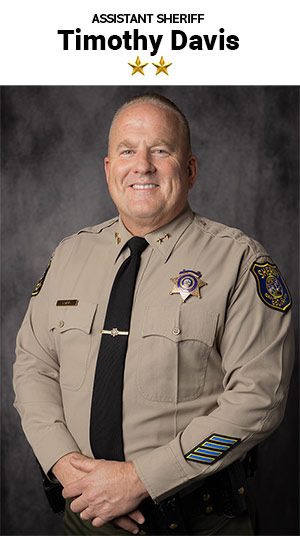 Assistant Sheriff Timothy Davis was born and raised in San Jose California, and currently resides in the unincorporated area of Santa Clara County. He started his law enforcement career with the Santa Clara County Sheriff's Office in 1996. Assistant Sheriff Davis has been assigned to various Custody Bureau divisions to include Main Jail, Elmwood, Support Services and Internal Affairs

His career afforded him opportunities to work as a Jail Training Officer, Emergency Response Team Leader, member of the Security Enhancement Training Team, and Classification Unit deputy. As a Sergeant, Lieutenant, and Assistant Division Commander, he was assigned to both the Main Jail and Elmwood Facilities.